Here are some pictures of the way I mounted the ACA500+ in the housing of an A1010 diskdrive. 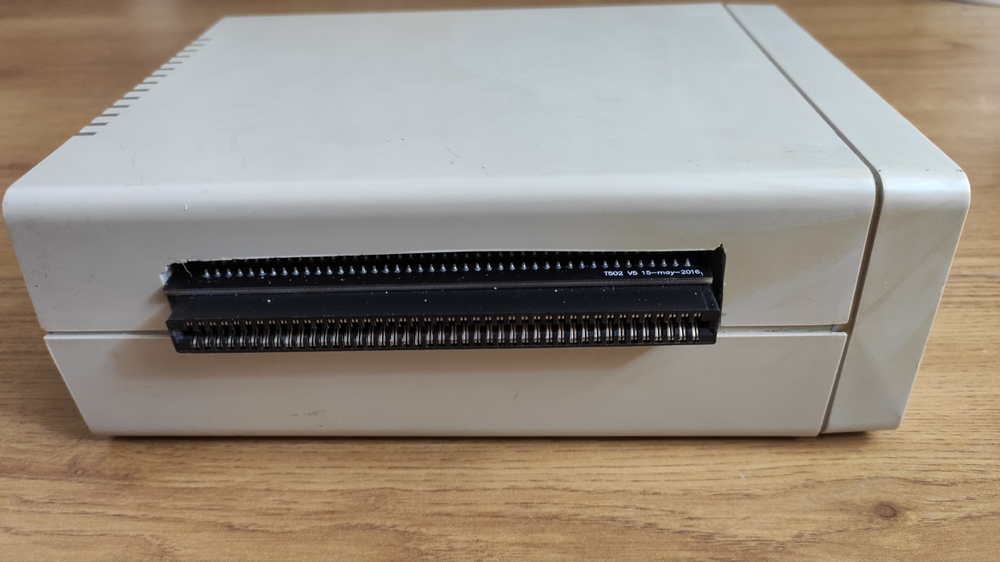 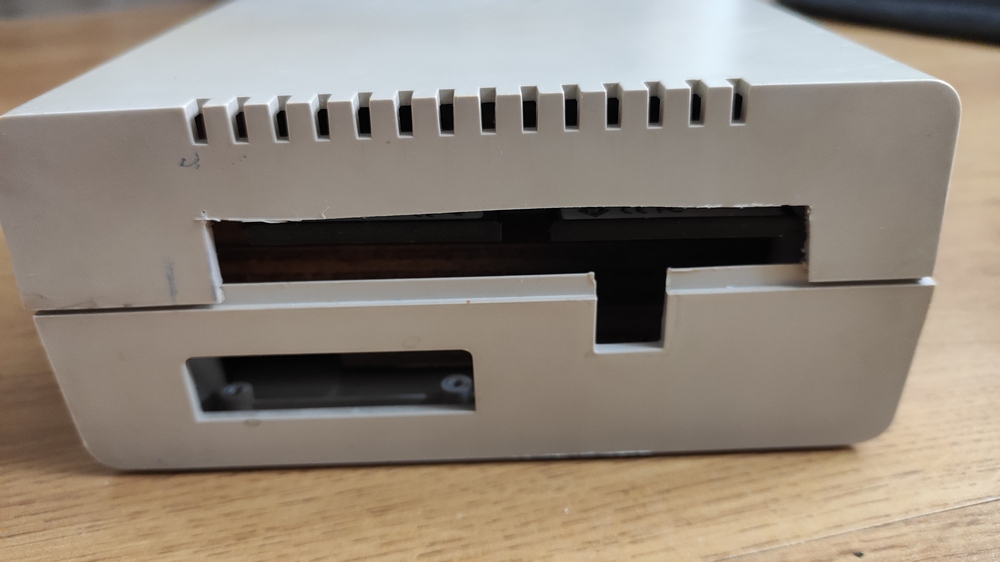 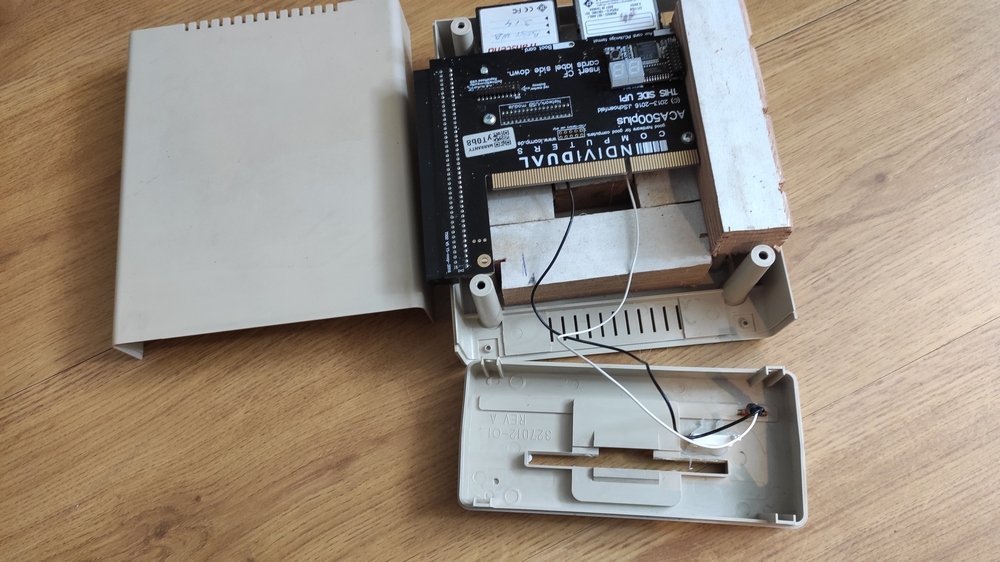 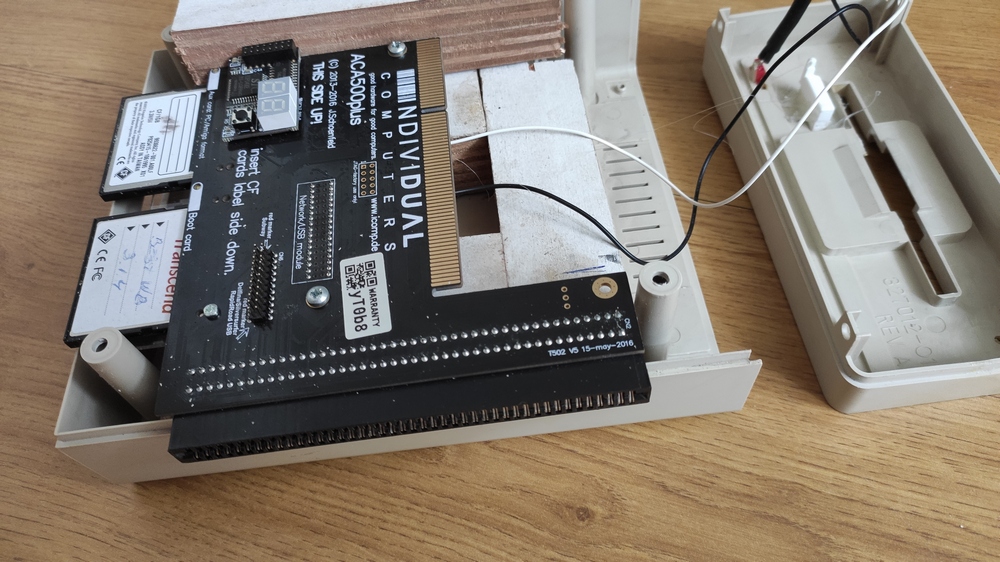 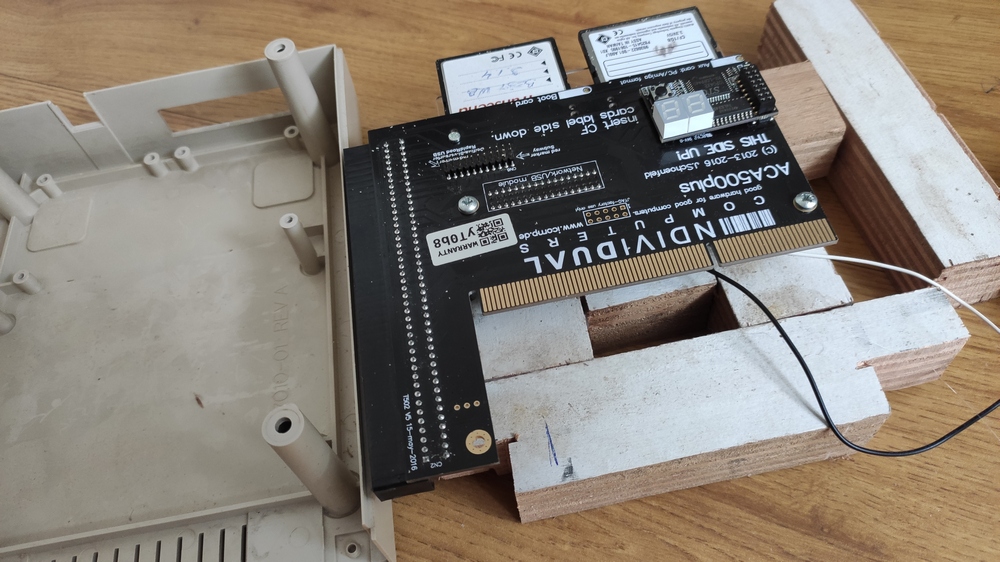 I made several partitions on a Compact Flash Card. One partition is dedicated to Workbench 1.3 (built in the ACA500+) and another one to Workbench 3.2 which I flashloaded on the ACA500+. I set the bootpriority of the 1.3 partition (CDH2:) one number higher than the 3.2 partition (CDH0:). So when you start the Amiga and choose Profile #2 in the ACA500+ menu you boot straight into WB 1.3. See the video on how to boot to WB 3.2 after that.

After soldering the Kickstart-adapter I could install the TF534. On the adapter I have KS 3.1.4 and KS1.3 with SCSI extension from Aminet. 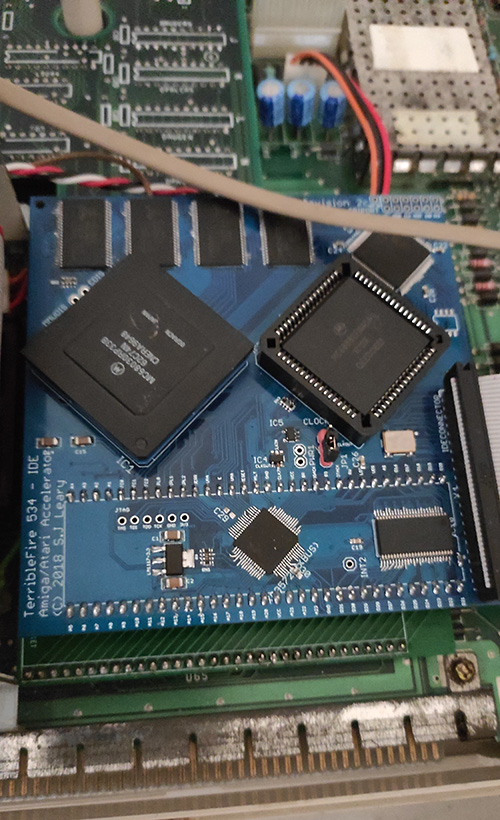 The KS3.1.4 works 100%. I could get the WB1.3 to autoboot but with hickups. I could not yet identify the problem but the boot process is halted frequently. I can get it to proceed by pressing a key on the keyboard! Weird. But with the Workbench loaded the machine will freeze after a while.

So far I am satisfied with this cheap accelerator.

I now have received the TF534 and a relocator/kickstart adapter. So I opened up the Amiga. Last time I did that was 15 years ago. Still there was a big surprise. This machine is not a orginal PAL computer, but a to PAL converted NTSC machine! 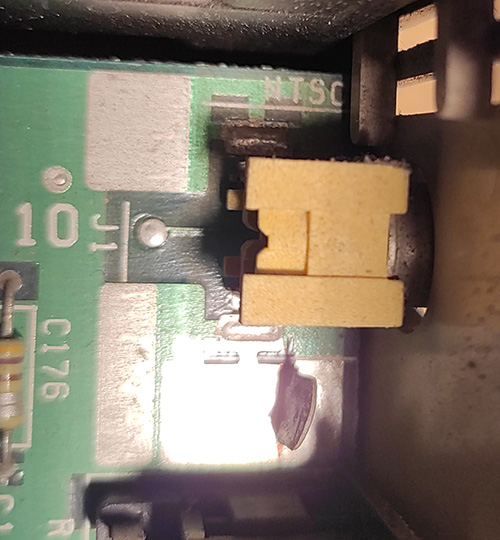 There have been a few modifications to enable it as a PAL machine: 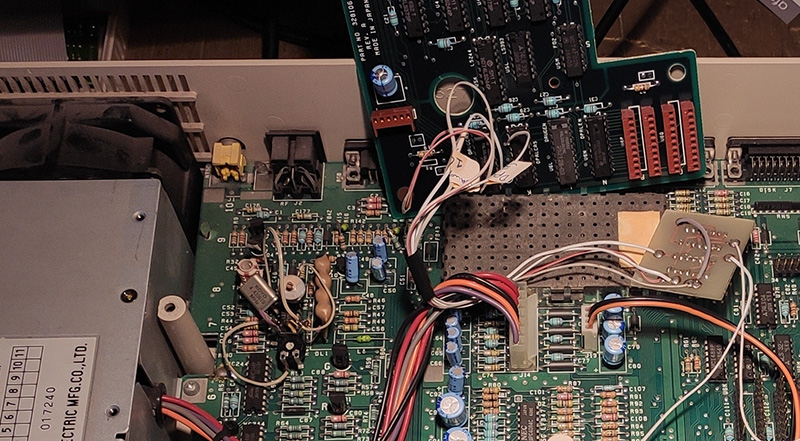 There is a small PCB on the right which function is unknown to me but might have to do with the PAL conversion. The same is true for the wiring with quartz and two potmeters on the left. Anyone who can shed light on this is invited to make a comment.

Then there is a RAM modification:

There are several ram-chips stacked on top of each other. I will try to find out later how this probable ram-expansion is achieved.

I am now trying to clean up the cabling of the NTSC modification and make it disconnectable.

Stay tuned for the next part.